On the eve of the Senate impeachment trial against Donald J. Trump, many arguments are being floated in his defense. Most are thin. Some are untrue. One is that this trial is merely a continuation of the election of 2016. Kellyanne Conway reiterated this argument last night on Fox News. It is constantly posted on Twitter. Democrats are crying babies who cannot get over the fact that Hillary Clinton lost the election.

Hillary Clinton lost the election. She was lazy, and tired, and assumed things about her base that were not true, that they would vote Democrat no matter what, that they would never put a person like Donald J. Trump in office, that it was her turn. She was wrong, and we have her to thank for this administration.

Donald won the election. The impeachment has nothing to do with the seamy actions of this President. He violated his oath of office. He tried to bribe an official of a foreign government. He was looking for dirt on his opponent, Joe Biden. He withheld funds. He refused to allow any of the members of his administration testify about his actions, because he realized that what he did was a crime, and many of them realized it too. For that reason he obstructed an investigation. He misused his office for personal gain. You don’t do that.

This trial is about misusing the office of the Presidency for personal gain, and trying to hide that fact from Congress. It is about a leader who committed a crime. It is not about 2016. Donald Trump won that election. That does not mean he can commit crimes while in office.

Look forward to his show on Fox in the future?
:-( 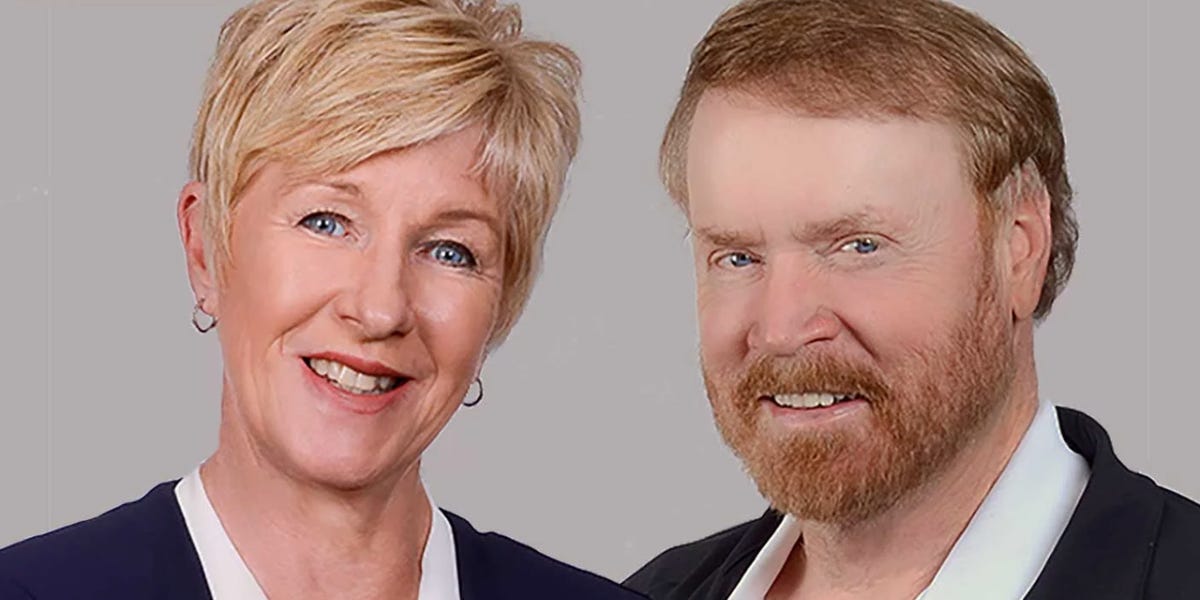 Chuck Bonniwell said on his radio show on Tuesday that he wished “for a nice school shooting to interrupt the monotony” of impeachment coverage.

The talking heads are not being delicate about it anymore; the right is spouting nonsense that makes no argument for Donald Trump. They have run out of talking points, and after this week, they will have even fewer.

The no-first-person defense alleges that all of this is hearsay, and that we have yet to hear from anyone who was actually in the room at the time of the alleged crime. We think that argument will disappear this week.

The no-harm argument is one that reaches below the level that Republicans have gone before this point. This sad little crime got started and immediately hit the news. There was very little time for anyone to do anything except release the funds. So what if Donny tried to commit a crime? No harm was done.

The everyone-else-did-it argument holds that this is how government works, and that Donny was not doing anything that was different from any other negotiation with a foreign government

The harmless-idiot defense must really have the White House cringing. Republicans argue that Donny is a nice guy, he just made a tiny mistake. Bribery and extortion become a tiny mistake? What do you have to do to get convicted in Washington? Don’t answer that.

The most comical is the he-did-more-than-Obama defense. The story goes that Donny gave weapons to Ukraine, and that is more than Barack Obama ever did. We really don’t understand what that has to do with bribery and extortion, but when it comes out of the mouth of Jim Jordan, we are sure that somewhere out there, devoted Trump followers are high-fiving this as complete justification and exoneration.

The impeachment inquiry is about using the power of the government to gain an advantage over a political rival. That is what it appears that Donald Trump did. You can make all kinds of excuses for this action, but you cannot make it right. We don’t do that in this country.

Roger Stone has been found guilty on all seven counts. Will Donald Trump suddenly forget him? He does that a lot, especially when one of his accomplices gets caught doing something underhanded, like lying to Congress.

What about a pardon? Do all of these people that the President does not know get pardons when he leaves office? Does it depend on whether they stay silent about what the boss did? What they overheard him saying? What they did for him?

Will Michael Cohen get the same treatment as some of the troops that never said anything? Does Paul Manafort have a better chance of walking? What about Flynn?

Or will Donald Trump walk away from all of them? We already know he likes heroes who don’t get caught. I wonder what Roger thinks about that?

Woody Allen used the poor handwriting of a novice bank robber to make a joke about his villain/hero, who presents a note to a bank teller that she cannot read.

I wonder if anyone is reading the notes that Adam Schiff and the Impeachment Inquiry are sending out to the viewers of the much hyped hearings? Is anyone getting this? The talking heads are. They see a clear path to impeachment. We are not so sure.

Is there a smoking gub? Yes, but will it change anything? Probably not. The nation’s minds seem to be made up. Even if Rep. Schiff found a recording of the President shaking down the Ukranian President for juicy dirt on the Biden’s, we doubt whether anyone would give a damn.

And that is bad news for the Democrats. After Mueller, things will look pretty bad if they lose another round of hearings in the House. Face it, the economy is still roaring. Perhaps not for the average Joe, but he seems to be thinking that good times are just around the corner for him. Why risk that for a so-called illegal phone call?

This is not Watergate. Times have changed. The idea of a populist in the White House is not so scary to many citizens anymore. Many think that Donald Trump is doing okay, even if he screws up now and then. Yes, he lies a lot, but these are venal sins when unemployment is the best in fifty years.

That is disgusting to the many decent public servants who have had to suffer under the relentless attacks of a man they neither respect nor want in office, and to the journalists who are hated by his followers. No matter.

Republicans in the Senate will probably not convict him. Their excuses may be thin, but they believe the same of the allegations. After three years of defending this President, they see no downside to staying with him on this one.

That seems to be where we are.

Want to promote your business in different locations across the globe? Check out our comprehensive list of newspapers from all major countries and regions. Find where best to promote your next big story.

Source: Complete Index of Newspapers Across the Globe [2019 Update]

Michael Bloomberg stuck his toe in the 2020 waters. Is he concerned about the center of the party, about Biden’s sinking fortunes, about the hard left threatening to sink the ship?

Donald Trump is still a powerful force in electoral college politics. He may lose by six million popular votes, but he could weasel out a win in the electoral college. Imagine four more years of conman bull-sh*t. Invest in antacids and liquor stores if this comes true.

Bloomberg is solid center of the road, democrat-style, and that soothes the undecided. No medicare for all. No nanny-state socialism. But no hard turn to the left either. One wonders what the difference will be. It will be steady leadership, not rule by whimsy. That is how he will sell himself, a younger more balanced leader.

And well he should. You see, Matt decided that his gubernatorial win in Kentucky was a mandate from the people to do all the crappy things that a Republican talks about when he wins office.

Trouble is, Matt did not have that mandate. Republicans talk a good game about the evils of socialism and the nanny state, but in most cases, they are referring to the other guy, not themselves. Matt forgot the first rule of governing; my perks are okay, thanks.

So, Matt decided that he was elected to eradicate socialist healthcare. And he tried. Real hard. And all those people who call themselves free market capitalists started to have kittens.

Kentucky is not a roaring economy. There are lots of struggling people who have lost good jobs with healthcare, and are now facing min-wage jobs with no healthcare, and that really sucks when you are used to going to the doctor, and occasionally to a movie. Did Matt not realize that? Well in case he didn’t, the voters responded by sending him home.

Matt can’t believe this has happened. He thinks some awful deep state trick has been played on him. Not true. He was an unpopular governor who forgot that he was an elected official. By a narrow margin that he created with his attacks on programs like Medicaid, he built a strong following. For the other guy. He did not lose by much, but he lost, and it was his fault.

Will other politicians succumb to this form of self annihilation? Is Mitch McConnell listening? He is another politician who has been forging ahead at the expense of his constituents. He’s not well liked right now. And Rand Paul? Hey, how did Kentucky end up with this pair?

Now Trump’s defenders have adopted a new talking point: It was a quid pro quo, but not a corrupt quid pro quo.